USA: COVID-19 and risks in the livestock market 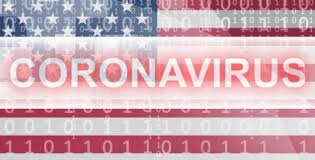 US pork, beef and poultry production continues to be significantly higher than a year ago, in part because the profitability of processors is booming, as retail demand is high, notes CME analyst Leon Steiner.

In January, American producers of beef, pork and poultry hoped to capitalize on global protein deficits and meet China’s needs through a new trade deal. According to Steiner, pig stocks on the market on December 1 are estimated at 70.9 million heads, which is 3.1% higher than in the previous year and 5.8% higher than two years ago.

Meanwhile, as of January 1, cattle stocks were estimated at 94.413 million head, slightly lower than a year ago, but still approximately 5.2 million more than in 2015. Broiler producers also increased poultry production by 3.2% compared to last year.

“Over the past two weeks, futures for pigs and cattle have fallen. This may be partly due to the risk that demand / supply bases that have been fairly stable in the first two months of the year may / may / will change fairly quickly in the next few weeks, ”the expert notes.

How will demand change?

Demand remains a critical risk. With the closure of restaurants across the country and the increasing number of people working at home through the new Coronavirus pandemic (COVID-19), demand is changing rapidly.

“It is difficult to understand that even more drastic measures will be needed to slow the spread of the virus. We also need to remember that we have yet to see the effect of the changes that have just taken place, ”Steiner notes.