New ASF vaccine developed in the US 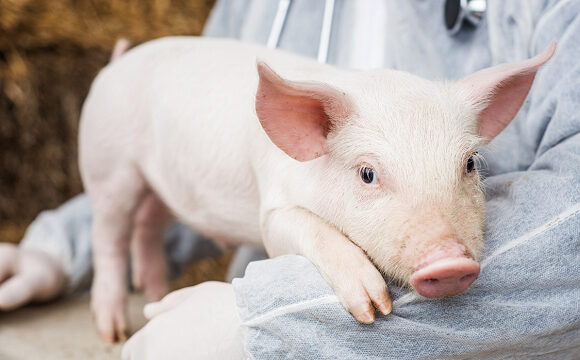 Tests conducted at the Plum Island Center for Animal Diseases are promising.

In a few years, African swine fever (ASF) may no longer be a threat to the swine industry around the world. A new vaccine with promising results is currently tested at the Plum Island Center for Animal Diseases in the US.

US Department of Agriculture experts reported that domestic pigs challenged with the candidate named ASFv-G-ΔA137R remained healthy 28 days after being inoculated with the experimental immunizer.

Specialists from the United States Agricultural Research Service (ARS) were able to develop a new vaccine candidate to immunize pigs against African Swine Fever (PSA), which was achieved through the elimination of the A137R gene.

According to a report in the Journal of Virology, published by the American Society for Microbiology, with the removal of this component of the pathogen, it was possible to significantly attenuate the virulence in domestic animals.

Scientists at the Plum Island Center for Animal Diseases explained that pigs inoculated with this immunizer developed a remarkable specific antibody response when challenged with a strain of PSA. To carry out the study, the test pigs to which the experimental immunizer was applied intramuscularly were observed for a period of 28 days, in which all remained healthy.

They clarified that in their investigations, so far, the candidate named ASFv-G- ΔA137R has not been shown to have negative interactions with the virus, a quality that differentiates it from other models that must be tested before commercialization.